So, the last five months have not gone exactly according to plan. Not our plan, anyway. On Christmas Eve, Chris and I were sick. Full-out flu sick. I slept more in three days than I normally do in two weeks. So all of the great plans we had for an awesome family Christmas, including roast beef (a rare treat here), family time, gifts, and a few days of rest, went right down the tube. Nat took care of us, though. For the first time in a long time, she was the healthiest one in the family. She got us through it, and then we started to make plans to re-do Christmas dinner later in January.
And then, Nat got sick. Bad sick. Screaming out in pain, CT scan, admitted to the hospital sick. Shingles on the face sick (if you know anything about shingles, they are always bad, but the face is the worst place to have them). Infection in the nervous system, fluid and swelling on the brain sick. Ten days in the hospital sick. Until day three, the doctors are pretty sure you’re never leaving the hospital, sick.
Trying to care for her through all of this, plus take care of a son who has fought hard to overcome emotional difficulties, wondering how to take care of him and the dog and how to pay medical bills, and what if….I’ll be honest, sometimes, even when your faith is great, and you know beyond a shadow of a doubt that God is bigger, things can close in around you, and you feel surrounded. And it turns out, you are.
But more on that later.
And then, through the worst ten days of her life, my wife spoke fluent Bulgarian to her doctors and nurses and staff. She spoke of God and faith and the Bible. She posted on Facebook about what was going on, and about how God was in the middle of it. And people all over the world heard her story, and started praying.
Ten days later, she came home. She couldn’t even walk. She was still in a lot of pain. She slept a lot. After a week, she started to walk without help. A few steps at a time. She looked like Frankenstein. But she was walking. As the weeks went by, and turned into months, she got her strength back. A lot of it, anyway.
*****************I N T E R M I S S I O N *************************

8 Once when the king of Syria was warring against Israel, he took counsel with his servants, saying, “At such and such a place shall be my camp.” 9 But the man of God sent word to the king of Israel, “Beware that you do not pass this place, for the Syrians are going down there.” 10 And the king of Israel sent to the place about which the man of God told him. Thus he used to warn him, so that he saved himself there more than once or twice.

11 And the mind of the king of Syria was greatly troubled because of this thing, and he called his servants and said to them, “Will you not show me who of us is for the king of Israel?” 12 And one of his servants said, “None, my lord, O king; but Elisha, the prophet who is in Israel, tells the king of Israel the words that you speak in your bedroom.” 13 And he said, “Go and see where he is, that I may send and seize him.” It was told him, “Behold, he is in Dothan.” 14 So he sent there horses and chariots and a great army, and they came by night and surrounded the city.

15 When the servant of the man of God rose early in the morning and went out, behold, an army with horses and chariots was all around the city. And the servant said, “Alas, my master! What shall we do?” 16 He said, “Do not be afraid, for those who are with us are more than those who are with them.” 17 Then Elisha prayed and said, “O Lord, please open his eyes that he may see.” So the Lord opened the eyes of the young man, and he saw, and behold, the mountain was full of horses and chariots of fire all around Elisha.” 2 Kings 6:8-18

It’s so easy to see the difficult things all around us, and feel surrounded. Probably because, we are. Life can be pretty scary. We live in a fallen world, full of darkness and despair. But God is bigger. He’s got this. And his army is much bigger, stronger and more capable than anything the enemy has. As it turns out, we have been surrounded.
From even before we got to the hospital, we were surrounded by people God has placed in our lives. People who dropped their plans and celebrated their fortieth anniversary by taking care of us. People who crossed international borders to take Chris and love on him while we were at the hospital. People who gave so that every medical bill was covered. People who prayed endlessly so that I never had to know the what if…
And now, here we are. She’s my hero. The strongest person I know. But she still has a long fight ahead. Brain damage is a funny thing. Someone can look absolutely normal on the outside, and be fighting the battle of their life on the inside. Things that used to be easy and routine become a struggle. Life changes in ways you never saw coming. We are figuring out what our new normal is, knowing that there is a long road to recovery ahead of us. At times, it seems overwhelming. Frustrating. It feels like we’re surrounded.
And as it turns out, we are.

You might be tempted to ask “Why are you still in Bulgaria? Shouldn’t you be back in the States, where Natalie can get better care?” or something along those lines. The answer is, we are exactly where we should be. The care here has been excellent (when was the last time your doctor made a house call?). We are surrounded by caring friends and family. Medical expenses here are less than 1/10 what they are in the U.S. Yes, really. Chris is thriving. Most importantly, we are exactly where God wants us to be, with our eyes firmly fixed on Jesus. There is no better place to be.

It seems like there aren’t many who will be sad to see 2020 go. With the entire world still reeling from the global pandemic, people are desperate for something to…
View Post 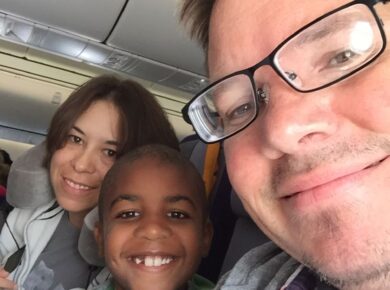 It’s now been over five years since we sold our house, sold or gave away almost everything we owned, and moved to Bulgaria. While I didn’t really know what we…
View Post 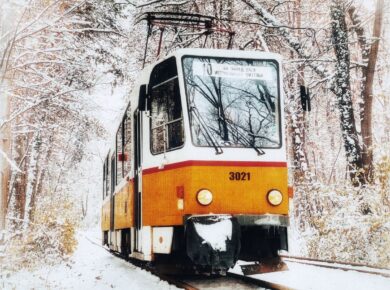 Today we woke up to a world covered in the first snow of the season. To be fair, I was up and moving groggily about my morning routine, when I…
View Post