“I thank my God each time I remember you.” Philippians 1:3

When I was younger, I didn’t think I would like the apostle Paul very much if we were in the same room. He seemed (to me) almost obnoxious, and at times arrogant.

The older I get, and the more I learn about Paul, who he was, and the culture(s) that surrounded him, I am amazed. I’m partly amazed at how dumb I was. But then again, these days I’m smart enough to know how dumb I still am. I’m more amazed at how much Paul was able to accomplish, and how much he gave to do it. And how God used everything he did, every sacrifice he made.

“You, however, have followed my teaching, my conduct, my aim in life, my faith, my patience, my love, my steadfastness, my persecutions and sufferings that happened to me at Antioch, at Iconium, and at Lystra—which persecutions I endured; yet from them all the Lord rescued me.” 2 Timothy 3:10-11

Here Paul reminds Timothy, who had literally grown up watching Paul, that his ministry was so much more than the words he said, or going to church. It was every step he took, every breath, every stumble, and the attitude that he had throughout. I mean, go back and read about the examples he gives. In Lystra, for example, he was beaten, stoned and left for dead outside the city. But when his disciples helped him up, instead of calling it a day and fleeing to safety in the next town, he got up and went back into the city filled with the people who had just tried to kill him!

Seriously? Who does that?!

Although there are many things we can learn from Paul, there are a few I want to share today:

1. Give God Everything. All of it. Even if it hurts. And God is faithful and just, and will use all of it to further His kingdom.

2. Because, It’s Not About You. It’s all about honoring God, giving Him the glory, and inviting others to join us as we worship him with our lives. Contrary to what I believed before I took the time to really read and learn about Paul, he wasn’t arrogant, or proud–at least, not in the end. He very clearly understood that he was only a small part of what God was doing in his ministry. Paul is constantly putting others first and thanking and remembering the people who help him along the way.

3. It’s All About Jesus. Everything Paul did was both about and for Jesus. He understood that whatever happens in this life, good or bad, it’s all to bring honor and glory to Jesus. Make no mistake–Paul had the means and the education to live in splendor, but he knew that life is about more than what we have. It’s about who we serve.

So, we want to thank you. We’ve always known that we are only a very small part of the work that God is doing here, and that each of you who have supported us in prayer, financially, and by serving here with us are just as much a part of it as we are. We truly do thank our God each time we remember you!

It seems like there aren’t many who will be sad to see 2020 go. With the entire world still reeling from the global pandemic, people are desperate for something to…
View Post 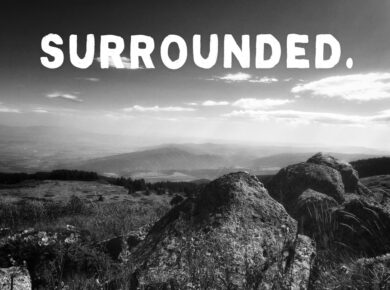 So, the last five months have not gone exactly according to plan. Not our plan, anyway. On Christmas Eve, Chris and I were sick. Full-out flu sick. I slept more…
View Post

It’s now been over five years since we sold our house, sold or gave away almost everything we owned, and moved to Bulgaria. While I didn’t really know what we…
View Post